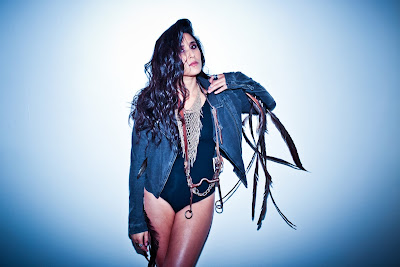 This week saw the album release show for SALT ASHES.

With the self titled debut set dropping earlier this month it was time to unveil it live. Those already familiar with the album knew to expect a high energy, dance heavy set but perhaps weren't entirely ready for what was to come.

Following a support slot from the intriguing self styled purveyors of 'Livetronica' FOX HOTEL (certainly ones to watch) it was time for the main event.

Backed by her 3 piece band (Jonny Coote - Guitar, Cheryl Pinero - Bass, Jason Mallet - Drums/Keys) SALT ASHES naturally took to centre stage kicking off with the thumping 'If You Let Me Go' which set the standard of what was to come. 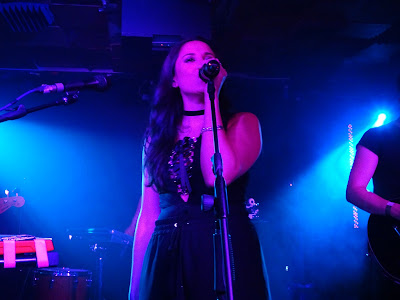 Most of the album's tracks were showcased, each one delivered perfectly and every one sounding like a hit in it's own right.

The sound was perhaps a little more raw and rocky with the live band than some could have anticipated when compared to the clean production of the studio versions but this was by no means a bad thing. It brought even more energy to every song. 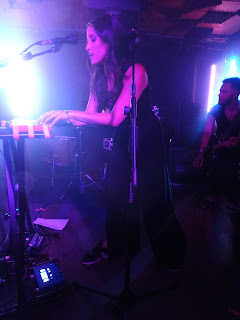 After 11 songs the set was over but the room was electrified, not to mention VERY hot and sweaty, and the audience left on a high (or on the coach back to Brighton as many friends and family had travelled up that way!) 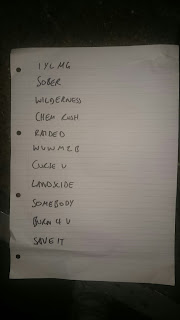 Before the show we caught up with the lady herself and posed a few questions of our own.
Here's what she had to say

Q: Hi Salt Ashes & WHY Salt Ashes? Where does the name come from?

Those two words were scratched on the side of a wooden boat on Brighton beach and I loved them; the words, the placement and what they meant to me at the time. I felt very connected to them… It reminds me of the sea, heartache, the earth, life and death.

Q: Tell us a little about your musical history and how you got started.

It took me a while to discover the style in which I’m writing in now.. I had to experiment quite a bit before I found myself in electronic/pop.. I was writing pop/rock music and feeling uncomfortable performing it so I took some time out and played around with logic and started using my voice differently. That was when I found the style I felt more comfortable in so I began working with my producer, Daniel Fridholm, and that when the magic happened.

Q: You're from Brighton which has always been a very eclectic place. Do you think that being brought up there had an influence on your sound?

I don’t think it’s had a direct influence on my sound necessarily but it is definitely an extremely inspiring place. Being surrounded my so many talented people keeps you motivated and inspired to keep creating more. I love being by the sea and people watching which Brighton is perfect for.

Q: How about musically? Who are the artists that have inspired & influenced you the most over the years?

Q: You’re signed to a New York record label. How did that come about?

The first song I ever released was featured on Record Of The Day which the label discovered and seemingly loved. They contacted my management at the time and we then met in London a few months later.

Q: You've done a lot of it without management though. It seems these days they run the music industry so how have you got away with it?

I definitely haven’t done this all without management, you’re right… I wouldn’t have gotten away with it! I had a great manager for the best part of 3 years before we parted ways. I’ve been self managing now for over a year which is tough but very rewarding.

Q: So your debut album has finally arrived and it’s fabulous. Tell us a little bit about the whole process of making it

The album was created over a long period of time in dribs and drabs which was actually less pressure than if we’d gone into a studio for 6 months. I’d usually write and roughly demo a track, then send it onto my producer to put his magic on it and we’d then work together from there to get it to the level we wanted. Maybe 3 weeks would pass and then we’d do another track. There was no budget at the time for making this album so that was the most cost effective way that we could do it really as well as both myself and the producer juggling other jobs.

Q: Do you have any favourite tracks?

One of my favourite tracks is ‘Whatever You Want Me To Be’. I think the production is awesome and I love how the tension is built throughout the track.. It really takes you on a journey… Or at least it does to me.

Q: There are so many elements of other classic artists that I can hear echoes of on the album.  If you could choose a dream collaboration, who would it/they be?

Q: It’s the eve of the album launch show as I write this. What can we expect from a live Salt Ashes performance?

A hot and sweaty performance which will take you on a journey through all kinds of emotions. That’s what I hope to achieve anyway.

Q: Now that the album is out there, what can we expect next? More music and gigs planned?

I’m hoping there will be more live shows and festivals next year as well as more music.. always!

For more info on SALT ASHES 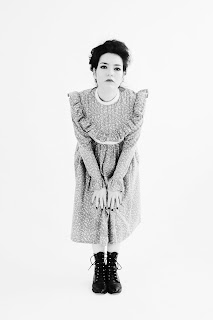 Who isn't an 'Animal Lover'?? Well Suffolk's own DAISY VICTORIA certainly is and she's here to tell you about it on her new track.

The lead and title track of her forthcoming EP, 'Animal Lover' sees Daisy in rocking mood with her soaring vocals echoing elements of iconic female performers such as PATTI SMITH, KATE BUSH, P.J. HARVEY and even SIOUXSIE SIOUX. It's no surprise to learn the that PIXIES producer Dan Austin was at the controls to help create this powerful alt. rock indie sound.

The new EP was co-written with her brother Sam and is said to 'articulates their shared sense of wonder at the world’s strangeness'.

You can check out 'Animal Lover' right here, right now 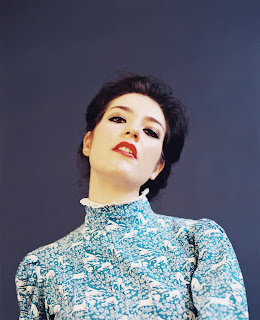 DAISY VICTORIA will also be playing a one off show presented by Clean at Birthdays in Dalston, London on August 9th. Visit the Facebook event page here for more info

Keep up to date with DAISY VICTORIA 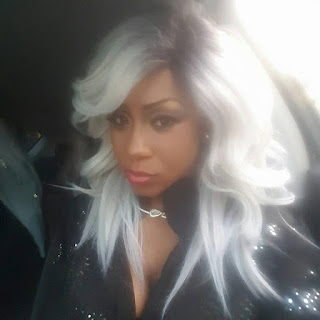 MAY7VEN, the UK Based-Nigerian born, singer/songwriter, dancer and producer (usually recognisable for her platinum hair) has made a name for herself on the scene over the last decade and continues to do so in 2016 with 'Better Dayz'

In a slight musical change of direction, May embraces the 'trap' sound on the track, produced by long time collaborator Antoine Stone, while still maintaining the elements that her fans already know and love her for.

You can check out the cool animated video right here

MAY7VEN will also be appearing this weekend  the AFROBEATS MUSIC FESTIVAL : R2BEES & COMPOZERS at London's indigo2 at the o2 hosted by DJ Abrantee (Capital Xtra) and supported by the worlds most noted and sought after Afrobeats live band Moelogo, Mista Silva and Jaij Hollands with additional support by rising stars K.Weezy, Ray & Double A 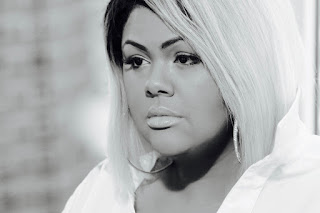 The Oscar winning movie '20 Feet From Stardom' showcased exactly what it's like to be a vocalist that has been in the shadows backing some of the biggest names in the music world. Someone that knows more about that than most is MONTINA COOPER.

Those in the BeyHive will be instantly familiar with the name but for the uninitiated, the St. Louis born, Houston raised singer is best known as one third of THE MAMAS long time backing vocalists for global superstar BEYONCE.

For over 10 years she has not only worked with Mrs. Carter but also MARY J BLIGE with Bey's fellow Destiny's Child KELLY ROWLAND.

But there comes a time for every singer to shine and head centre stage, and even while continuing an always busy tour schedule MONTINA found the time the record her debut solo album. The result is 'Closer' which she described as an collection of songs that "explores the pitfalls experienced in a relationship and takes you on a euphoric journey...with her story about love and sacrifice" 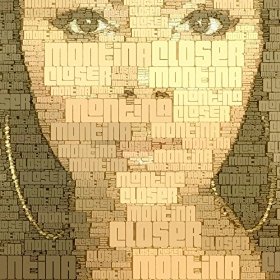 The lead track from the album is 'Saved Me', a soulful but almost folk infused, spiritual track which is clearly coming direct from the heart. Have a listen here 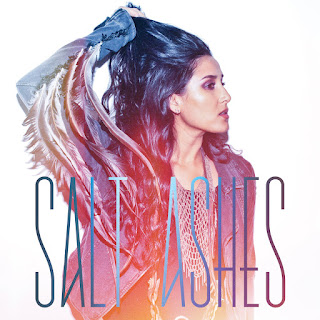 The Brighton based artist has been producing music for the last few years but this sees the culmination of all that hard work.

The 14 track set also takes sound inspiration from legendary disco producer GIORGIO MORODER in it's mix of light and shade dancefloor inspired tunes that could just as easily appeal to fans of GRIMES or TOVE LO as it might to fans of KYLIE.

However Veiga is not afraid to strip it back too, truly exposing her songwriting talent, as seen on this recently released acoustic video for album track 'Whatever You Want Me To Be' filmed for BBC Introducing

The album is out now via New York label Radikal Records

For more info on SALT ASHES