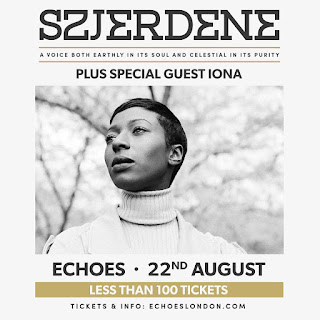 Entering this place was a little curious, a seemingly stylish but fairly average looking coffee shop and bar. However head to the back, downstairs and through the black drapes you are greeted by the most intimate of music venues. 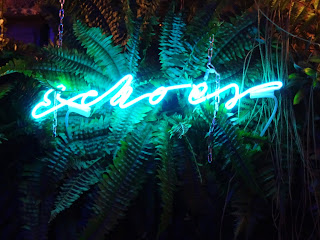 With a capacity of only 100, Echoes boasts one of the best PA systems in London and it’s stage area is emblazoned with their name in neon surrounded by tropical ferns giving an it exotic quality. Tonight’s show was going to be extra special especially as any by this lady are so few and far between.

SZJERDENE (Pronounced J’er-deen) is an East London native but now is currently based in Amsterdam. She has been making her own music  for most of this decade as well as collaborating with some big creative names in the music world, namely LAPALUX and BONOBO, co-writing and providing vocals for both and becoming featured vocalist on tour with the latter.

The ‘Paragon’ EP was released late last to critical acclaim, but she has only performed it live on a few occasions making this a show not to be missed. 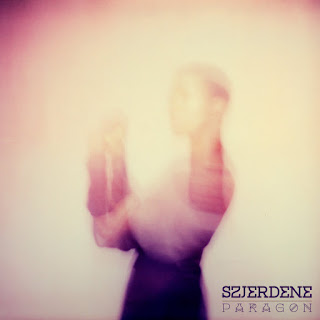 Before our headliner we naturally had support and this came from another well travelled artist.

ASHLEY IONA is a Sydney girl who came up from down under and spent some time in New York before reaching our shores. Her music isn’t easily categorized, but there are strong influences of everything from folk to blues and soul with a hefty dose of classic singer/songwriter (and when she lists everyone from Etta James to Phil Collins as an influence, I don’t think you’d be surprised just why she can’t be immediately pigeon-holed). 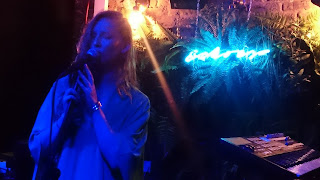 Her brilliantly titled EP ‘Greatest Hits’ has recently dropped and we were treated to tracks from that as well as a couple of brand new compositions, backed by her 3 piece band complete with cello and all delivered superbly with the surroundings only adding to the quality of the performance.

Highlights included recent single ‘Taking Me Under’ (originally a duet with KEVIN DAVEY WHITE) and new song ‘Stargazing’ (which could soon also end up as another ‘greatest hit’). A suitably stylish introduction to a new talent to watch.

Get the EP 'Greatest Hits' now on itunes

Wasting no time at all, it was time for the featured artist.

SZJERDENE arrived at the stage looking stunning, resplendent in her long flowing white dress accessorized with a particularly blingy necklace. 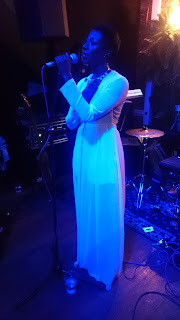 Launching into her set with EP opener 'Are you here' it was obvious that she, and the audience definitely were and more than ready for what was to come. Promising us 'Paragon' in full plus a couple of older favourites was more than enough to keep the small but attentive crowd happy.

Her delicate yet powerful (not to mention faultless) vocal soared over every song, providing an almost hypnotic quality to each beautifully chilled track (although she did encourage dancing to 'Faded' because, as she put it, 'it's about as fast as it gets')

. Oldies came in  the shape of the sumptuous 'Blue Lullaby' from her previous 2013 release the 'Patchwork' EP plus a medley of two songs ('Transit' & 'Towers') recorded for BONOBO's 'The North Borders' album. There was also an exclusive treat in the form of previous unheard new song 'Veils'.

All too quickly the set was over, sending everyone home appropriately enough with 'Abode'.
What was a magical and sadly all too short performance had drawn to a close, we can only hope that is is not too long before we get a chance to see another. 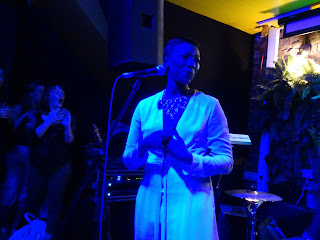 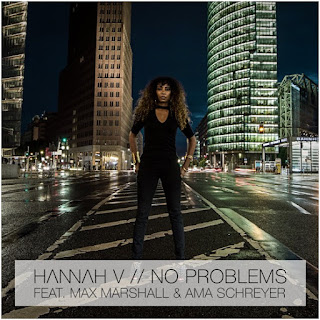 Following on from her 2015 acclaimed ‘Version 2.0’ EP and her recent track with ANDREYA TRIANA ‘I Ain’t The One’ (as previously featured here) the songwriter, keyboard maestro and mega producer unleashes another super collab and this time she’s brought in not one but two more big up and coming talents.

‘No Problems’ is that new song and not only she in enlisted previous EP contributor AMA SCHREYER to spit a few bars, but main feature vocals come courtesy of MAX MARSHALL, for some time a favourite of ours. The Baltimore born, now London based R&B singer is probably best known to date for voicing the Matrix & Futurebound hit ‘Control’ and Ill Blu’s ‘Blu Magic’ as well as releasing several well received tracks of her own.

On the single all three girl’s talents merge to create a hot, 808 filed club banger. ‘No Problems’ as the title suggests, is about a girl gang not wanting any ‘drama’ but that if it does go down it will ‘resolve quickly’!


For more on HANNAH V visit 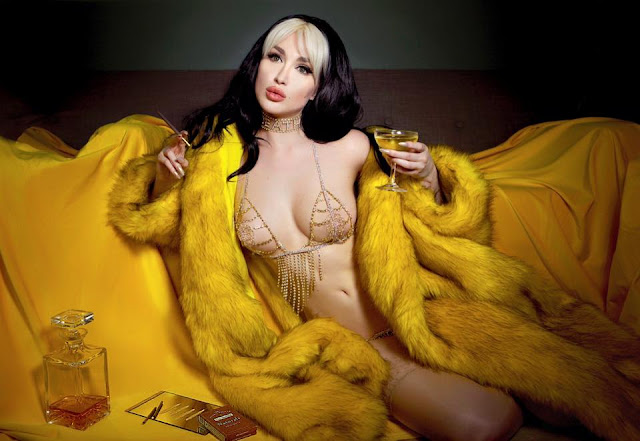 Always a favourite around these parts, CHLOE BLACK has just unleashed her uber cool new single.

You can wallow in all of Death Proof's glory here 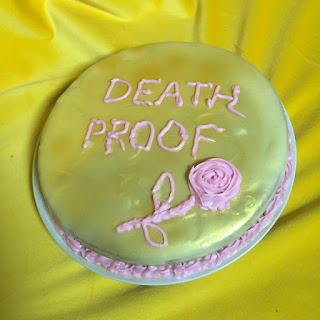 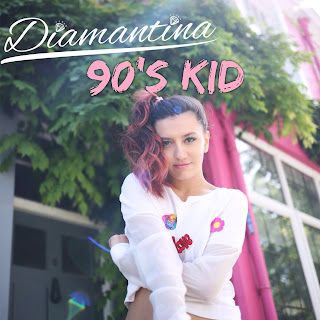 Every decade has it's fans, usually the one you grew up in tends to be your favourite and the one you look back on most fondly.

The 80's has been getting a lot of love lately, particularly for it's inspiration in music & fashion.

Well, feisty North West Londoner DIAMANTINA may just have the song for you. 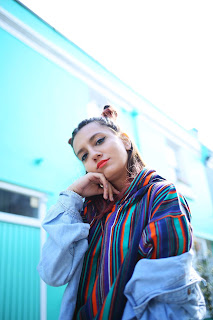 It was the decade that brought us everything from Game Boy's to girl power and all are reflected in her debut release, a real time capsule of a single that brings back so many memories of her days growing up.

Iconic 90's memories like Power Rangers and Barbie Girl all get a mention, over an infection funky pop R&B groove that could so easily come from that period.

Have a listen below

In fact it's SO 90's it's a wonder it's not released on cassette single. It isn't, but you can download the single right now here and 'zigazig ah' all you like

For more on DIAMANTINA visit 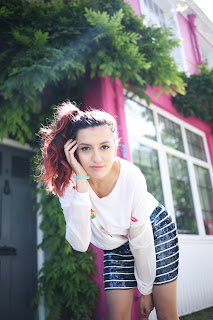 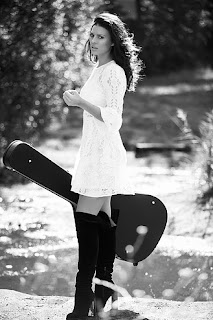 Soap star to pop star has always been one of the more 'interesting' routes to musical stardom. For some it has been a huge success (think KYLIE, NATALIE IMBRUGLIA, DELTA GOODREM) for others....well, we won’t go there. Often how well they have fared has much to do with what they did before they appeared on your telly several nights a week.

This is certainly true of TWINNIELEE MOORE. Until now probably best known for playing Porsche McQueen in Channel 4’s long running drama ‘Hollyoaks’, her background has always been working in and around music.

With a history of big musical theatre productions under her belt, including appearances in productions of CHICAGO, WE WILL ROCK YOU, A CHORUS LINE, FOOTLOOSE to name but four, TWINNIELEE MOORE now heads out into the wide music world with her own sound.

Some may be surprised then to hear that it isn’t show tunes that she is focusing on but in fact it's her love of the modern country sound of Nashville that inspires her own music. In fact at one time she worked with BEN EARLE in an early incarnation of probably the UK’s biggest current country act THE SHIRES before heading off on her own path. 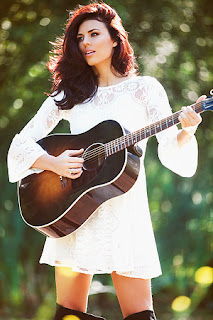 TWINNIELEE has just released her debut EP entitled appropriately enough ‘Twinnie’ (which instantly reached number 2 in the iTunes county charts upon it's launch).

The four songs included offer an array of sounds and styles all with strong pop sensibilities but also with those country overtones. From the power pop of the pounding first single ‘Home’ to touching ballad ‘Lie To Me’ 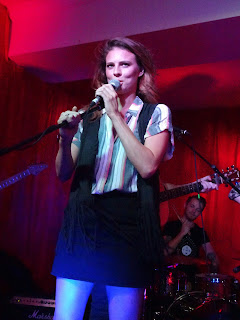 She recently performed an exclusive set at The Islington in North London, where she showcased these and other new songs to an anticipating audience of fans. 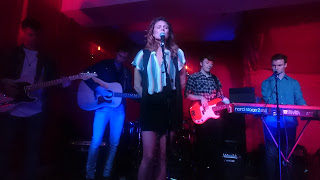 Backed by a four piece band, each track took on a new life of it’s own in a live environment. TWINNIE kicked of with a foot stomping rendition of 'Home' which highlighted her guitar playing skills.

The addition of some new & unreleased tracks also thrilled the crowd These included ‘Better Me’ which sounds like an instant hit, co-penned by prolific songwriter PETE HAMMERTON who unsuspectedly joined her on stage to perform.

TWINNIE also surprised with a fabulous country tinged cover of the BRUCE SPRINGSTEEN classic ‘Dancing In The Dark’ ...

...before rounding off the set with another of the EP’s big songs ‘Cool’ (with it’s co-composer JON GREEN also accompanying on guitar and backing vocals).

There's several more opportunities to catch TWINNIELEE MOORE live over the rest of the year including a big headline show not to be missed at London's 'Live at Zédel' on Sunday November 6th.
Very limited tickets are available to buy now here and check out her website for other upcoming shows.

The EP 'Twinnie' is out now on itunes