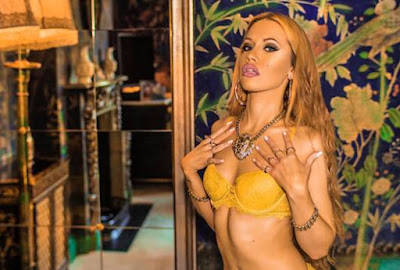 'Hundred' is the latest release from all round creative RASHELLE
and is the first track to be taken from her forthcoming EP due for release in Autumn this year.

“I usually put out music that’s very feisty and has a lot of edge to it, but this track shows my softer side and a more organic approach to writing... I originally penned it on the piano and it was such a beautiful piece, very emotionally driven lyrically. My producer then put this cool Soca beat around it and I couldn’t stop listening to it. It’s my new baby!”

As a songwriter, RASHELLE has written for artists including WILEY and SNEAKBO. Her work as a top line writer has led to collaborating with New York super producer Omen, known for his work with BEYONCE, DRAKE and LIL WAYNE.

Her work also grabbed the attention of producer Levi Lennox (the man behind ZAYN MALIK’s ‘Pillow Talk’), who has now produced a track off her up-coming EP.